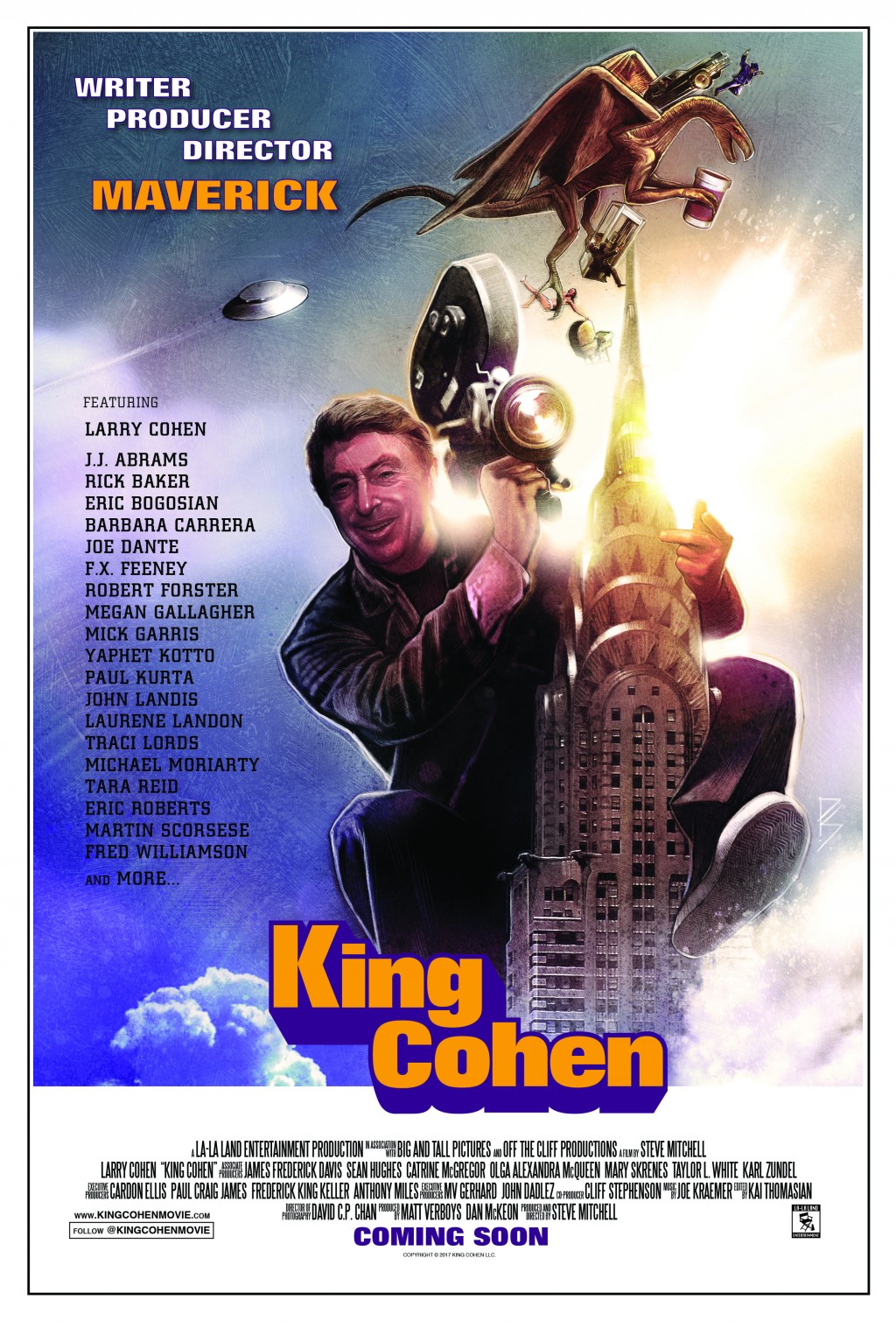 See all photos from the gallery »

“He ordered her to murder him, or was it a delusion?” An experiment in terror in broad daylight. A pilot for a new thriller anthology written and produced by Larry Cohen, directed by Paul Glickman A Larry Cohen Production     ABOUT DELUSION If you’re... Read more »

It’s Alive is a 1974 American horror film written, produced, and directed by Larry Cohen. In the movie, a couple’s infant child turns out to be a vicious mutant monster that kills when frightened. Notable talents involved in the movie were Bernard Herrmann... Read more »

Larry’s first film was Bone, which was released in 1970. Bone is an anomaly in genre-meister Larry Cohen’s long career behind the camera. Part black comedy social satire, part overblown pompous civil rhetoric, it speaks of its era... Read more »

Q (also known as The Winged Serpent and as Q – The Winged Serpent) is a 1982 horror film written and directed by Larry Cohen and starring Michael Moriarty, Candy Clark, David Carradine, and Richard Roundtree. The film’s... Read more »

A fiendish publicist finds himself being held hostage in a phone booth by an extreme moralist who watches his victim’s every move through the scope of his high-power sniper rifle, while speaking to the publicist via the phone booth. The caller prides himself on using force... Read more »

Marvin Bookman is a small shop owner in Gary, Indiana, USA. After he sees a drive-by shooting of Laurie Thompson’s son by a local gang, he gives up the license number of the car to the police. The gang doesn’t like this so they go to the store and rough him up. Soon,... Read more »