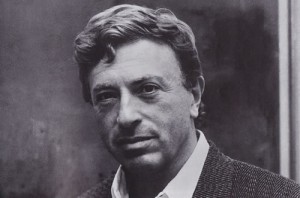 Born on July 15, 1941 in Washington Heights, New York. Educated at the City College of New York.

Educated at the City College of New York. In the late 1950’s he starts writing teleplays as well as scripts for TV-episodes for CBS and NBC. He meets Alfred Hitchcock in the mid-60’s and writes several treatments for him, which the director admired. Only one of those is brought to screen by Mark Robson. Unhappy with the results of other people adapting his screenplays, he decides to make his own films. In 1972 he writes, produces, and directs his first feature film, Bone, and comes to fame two years later with It’s Alive. He becomes well known for his inventive low-budget horror and science-fiction films, such as God Told Me To or Q- The Winged Serpent, all of them characterized by a provocative social commentary. In 1977 he directs his most ambitious project, a biopic on the life and work of FBI founder J. Edgar Hoover. Since the 90’s he has focused mainly on writing. In 2002 and 2004, he reaches a new and wider audience when his screenplays for Phone Booth and Cellular are turned into major studio films. Larry Cohen lives in Los Angeles.

KING COHEN gets 10 out of 10 from STARBURST MAGAZINE! “A master class in documentary filmmaking… Hugely funny, informative and stimulating..!”

A Conversation with Joe Cramer

KING COHEN screening at Viennale in Vienna on October 21 & 26: ” So very honored…”

DAILY DEAD – Heather Wixson of Daily Dead proclaims “KING COHEN is a lively and entertaining celebration of a filmmaking pioneer!”

Interview With Larry Cohen: Hail To The King, by Peter Sobczynski

KING COHEN is honored to be an official selection of the Sitges Film Festival 50th Anniversary celebration!

God Told Me To
DVD Pick of the Week
God Told Me To: Obsession and Madness: both Real and Imagined, by Mark Berger – Yes! Weekly, June 3, 2015

How to Survive in Hollywood, Amy Wallace on Larry Cohen, The New Yorker, February 2, 2004

Phone Booth: Inside the Booth with Larry Cohen, Screenwriters Monthly, 2003