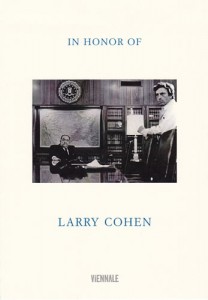 Director Larry Cohen receives an Honor for his 1977 film The Private Files of J. Edgar Hoover.

You can read parts of Olaf Möller’s essay on the Viennale Web page: A Tribute To Larry Cohen.